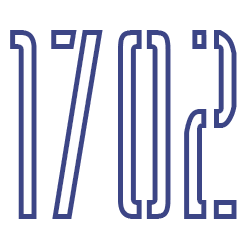 Those new investments include venture capital plays, particularly in the financial-technology arena. Abate described technology as being key to “building efficiencies” to accomplish the real estate investment trust’s goals. The Mill Valley, California-based REIT operates as a specialty finance house that invests in, acquires and securitizes residential loans.

Redwood is not backing away from its venture capital pursuits. RWT Horizons, the venture investment arm of Redwood Trust, announced that five new VC investments were finalized during the first quarter of this year.

RWT Horizons, according to the company’s announcement, “targets early and mid-stage companies that are transforming financial and real estate technology and that have the potential to enhance scale and efficiency of Redwood’s businesses.”

To date, RWT Horizons has made 21 investments in 18 companies. The Q1 2022 deals including the following:

The amount of the investments was not revealed. The Vesta Equity and Dwellsy investments were made in partnership with Frontiers Capital.

RWT Horizons in early September 2021 inked an investment-partnership deal with Silicon Valley-based Frontiers Capital — which is focused on investing in companies developing leading-edge technologies in areas such as artificial intelligence, quantum computing and blockchain.

Minneapolis-based investment bank and financial-services firm Piper Sandler rev ealed in a report issued last fall, soon after the Redwood investor conference, that the REIT planned to quadruple capital allocated to its venture capital segment to $100 million by the end of 2022. The analyst report also indicated that Redwood is willing to commit up to 10% of the REIT’s total capital to this venture capital strategy.